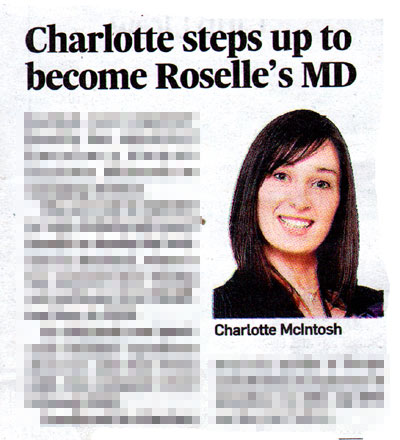 Edinburgh-based Roselle is hoping to expand its trade in Aberdeen since purchasing rival firm Hamilton Rose in 2009.

A member of the company since February 2010, Miss McIntosh was previously operations director at Roselle.

In 2011 Roselle’s Aberdeen branch made a large contribution to the company’s £3million turnover, up 30% on the previous year.

The coverage appeared in Press and Journal and was secured on behalf of Roselle Events thanks to an ongoing PR campaign with Holyrood PRs.