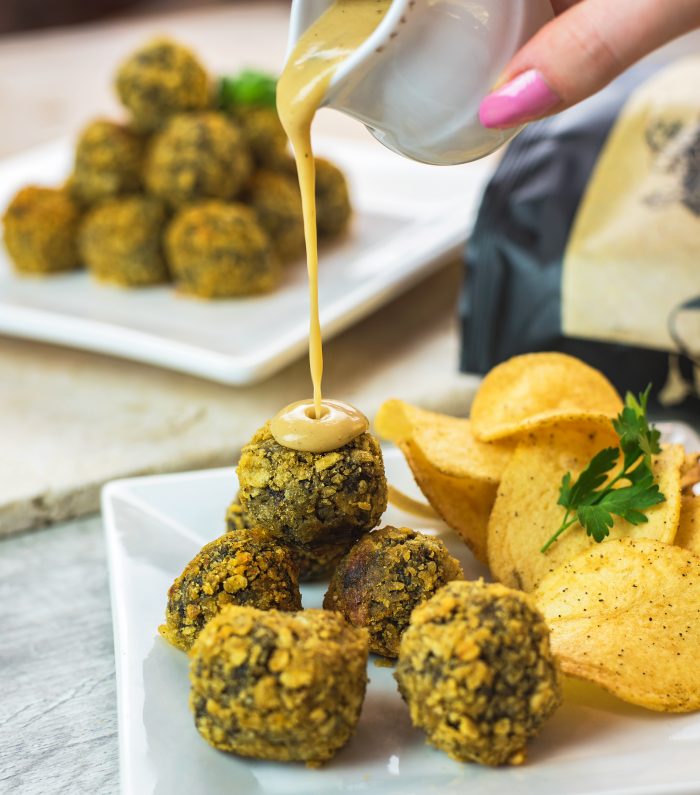 A HOUSEHOLD name in Scottish food has published its first book of recipes to help fund a cure for one of the country’s rarest medical conditions.

Staff at Mackie’s of Scotland have dreamed up, tested, tasted and agreed on a collection of 31 recipes – both sweet and savoury, from each main product range – in support of muscle-wasting charity Muscular Dystrophy UK.

Harriet Shaw, Sales and Marketing Executive at Mackie’s at Taypack Ltd and one of the authors of the recipe book, said: “Muscular Dystrophy UK is Taypack’s charity of the year and we wanted to do something special to help raise funds as we have a personal link to the charity.

“Along with the team in Aberdeenshire, we came up with the idea of a recipe book that features seven popcorn, six crisps, four dip, seven chocolate and seven ice cream recipes.

“These include fish goujons coated in our Salt and Vinegar crisps, haggis bon bons, salted caramel cheesecake topped with Toffee popcorn and an ice cream cake.”

The hardback book – titled ‘Cooking with Mackie’s’ – features creations by both Mackie’s staff on the farm in Aberdeen and Errol-based Mackie’s at Taypack – the joint venture partner company that produces the brand’s popular crisps and popcorn.

A company-wide effort, first-time authors Harriet Shaw and Nikki Nangle set aside their normal marketing and design roles to cook up the recipes.

Colleagues were then asked to test out their suggestions at home and bring them into the office for tasting – before being finally ready to gather all the ingredients and get cooking – for their own photoshoot in the New Product Development Kitchen on the Aberdeenshire farm.

Nikki Nangle, Marketing and Design Executive at Mackie’s of Scotland, said: “This book of recipes is intended to be a fun and tasty collection of recipes which are easy to make at home – and provide interesting ways to enjoy our products.

“The project is dedicated in part to our friend and colleague, the late Denis Emslie, who contracted one of the lesser known forms of Muscular Dystrophy and who was himself committed to finding ways to help others with the condition.

“This book of recipes is one little way we can contribute. It has been a homemade team effort which he would have encouraged and we hope it will raise awareness of the condition and funds for the important work done by the Muscular Dystrophy Scotland charity.”

Both sides of the business have witnessed first-hand the suffering and effect that the condition causes, galvanising the desire to raise the funds.

Proceeds from sales of the 1,500 copies will go towards Muscular Dystrophy UK and their work towards developing a cure, along with providing resources and support.

In addition to the book, Mackie’s and Taypack have continued to help raise awareness of the charity through a range of other activities.

Mackie’s at Taypack Ltd has also recently launched a limited-edition flavour of crisps, complete with orange packaging. From every packet of Sausage and Caramelised Onion crisps purchased, 7p will be donated to the cause – with the aim of raising £10,000 for the charity.

Last year Mackie’s staff dressed up in orange wigs and t-shirts, raising £500 as part of the charity’s Go Orange Day and this year the Aberdeen parlour featured orange ice cream recipes in another fundraising exercise.

Taypack will fundraise further this summer, with staff competing in the Scottish Half Marathon and 10K races while the northern crew from Mackie’s of Scotland aim to join the Banchory Beast race in September.

Robert Meadowcroft, Chief Executive at Muscular Dystrophy UK, said: “We are delighted to count the fantastic team at Mackie’s among those supporters, and this book is just the latest delicious example of their hard work to raise funds for us.

“By buying this book, you are joining them in supporting the 70,000 people in the UK who have a muscle-wasting condition.

“Whether you attempt one of their new popcorn creations or rustle up a batch of haggis bon bons, you have already helped fund more world-class research and desperately-needed support for families all over the country.”

Muscular Dystrophy UK is the charity for the 70,000 people living with muscle-wasting conditions in the UK.

Targeting over 60 types of muscle-wasting conditions, funding goes towards expanding current resources and providing advice on what is one of the UK’s rarest conditions.

To find out more about Muscular Dystrophy UK, visit www.musculardystrophyuk.org

The self-published book, which will be priced at £12.99, will be available from Thursday 14th June.

Those looking to purchase the collection of recipes will be able to pick up a copy from Mackie’s 19.2 parlour in Aberdeen, as well as at Mackie’s stands at the BBC Good Food Show in Birmingham and the Royal Highland Show at Ingliston.

To find out more about Mackie’s or for more information on the new book, visit www.mackies.co.uk.

Readers can also support Muscular Dystrophy UK by sharing their creations from the book on social media by using the #cookingwithmackies hashtag.