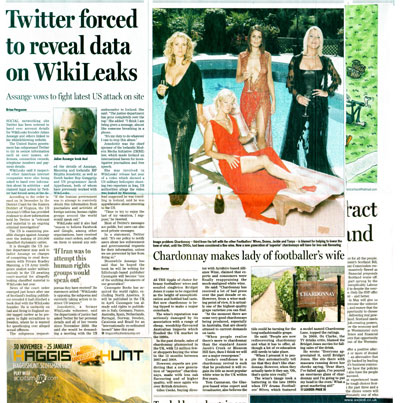 Scotland’s top wine company Alliance Wine has celebrated another PR success after being featured in a national Sunday broadsheet newspaper.

Scotland on Sunday ran a feature on the Beith-based company and highlighted its latest predictions for Scotland’s wine market in 2011.

Alliance Wine’s marketing director Giles Cooke told the newspaper that he expected Chardonnay to undergo a major revival in the New Year, as drinkers start to recognise its superiority over popular varieties such as Pinot Grigio and Sauvignon Blanc. He added that, although Chardonnay had been subject to a backlash in the past decade, he believed that attitudes towards the wine were on the verge of changing.

The full Scotland on Sunday coverage can be seen on the newspaper’s website and was the result of a sustained PR in Scotland strategy carried out by Edinbugh public relations firm the Holyrood PR.