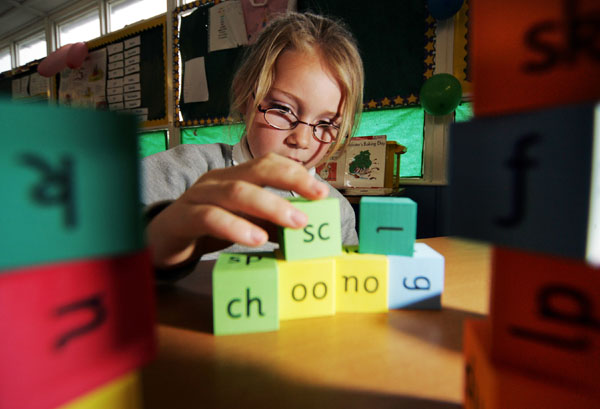 BUILDING BLOCKS OF THE FUTURE (Aoibhínn)

A bunch of kids in Denmark are set to be the envy of children everywhere as the first ever “Lego School” is set to open its doors in Billund. Brainchild of toy manufacturer billionaire Kjeld Kirk Kristiansen, the school will open initially just for three- to seven-year-olds in August, but will expand to teach students up to the age of 16 by 2015.Unfortunately it won’t be a case of all play and no work at the fee-paying school as its teaching practice will combine the international baccalaureate (IB) with the Danish school system while incorporating Lego’s emphasis on creativity and play. Pass me my packed lunch, I’m heading back to school!

A sheep rescued after being hit by a car now believes it’s a dog after having been raised with three puppies! The thirteen-month old Sheep Lamo is so sure he’s in the right family of fetching sticks and balls he even wears a collar, owns a lead and jumps up on his hind legs and tries to bark. Owner Jennifer Jones who runs Rockfield Animal Rescue in Wentor Shrops took Lamo in when he was run over last February. Brining Lamo up like she did with her three dogs feeding them milk and potty training them. Not surprised little Lamo is a bit confused.

70 People have been killed and many more feared in a eight story building which collapsed on the outskirts of Bangladeshi Capital Dhaka. Buildings collapsing are common place in Bangladesh where many multi-storey blocks are built in violation of rules. The collapse which has injured over 200 people happened during the morning rush hour, affecting a bank and several other shops. It is not yet clear what caused the collapse but local media reports said a crack was detected in the block on Tuesday. Friends and Family have rushed to the scene which locals describe as a war zone to help one another out and donate blood towards to wounded.

X Factor boy band JLS have split after a farewell tour, Five years the “beat again” boy band have been together selling more than six million records and winning two Brit Awards in 2010 and Five Mobo awards. The bands are said to have create a final album named “Goodbye” with a new single to coincide with a farewell tour. They want to hit a high with their farewell tour and they are playing at several festivals across the UK in June, July and August. Fans hearts wont “Beat again” after their final performance.

“Single ladies” superstar singer Beyonce has banned press photographers from her “Mrs Cater Show” would tour – stating that she does not want any unflattering pictures of her emerging. It turns out that in February the US star’s publicist had requested pictures which didn’t show Beyonce at her best during her performance at the US Super Bowl and requested them to be removed. It is understood that Frank Micelotta we be the only snapper onsite at her tour. Instead the media will be provided with pre approved images from the show. Make room for the queen Bee!