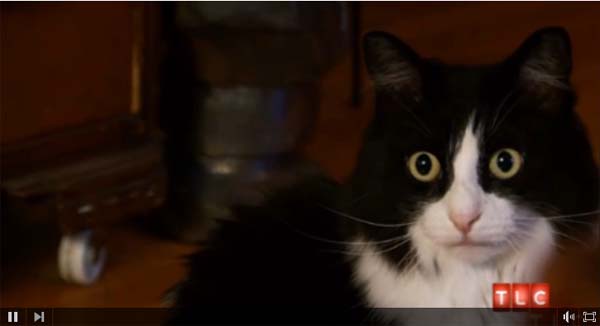 I’ve seen a fair whack of weird clips I’ll never unsee on the internet making this one seem slightly tame – but a bampot nonetheless and I have a lot of time for bampots.
A woman from Detroit is chucking back furballs by the minute thanks to her mog. Likening the tufts to cotton candy – I doubt that – she even grooms the furballs off with her own tongue.
Check out her explanation.

We have all had a rough day, and with January being its gloomy self, each day can feel slightly rough. Buzzfeed have come up with 13 simple steps to get you through a rough day, I have tried to pick a favourite but I can’t – they are all too entertaining!

Yesterday, social music service Soundrop launched a new Facebook feature entitled ‘listening room’. The app created by the Norway-based company will allow fans and users to share an audio experience with each other. The Soundrop room is embedded on Facebook pagers and allows people to listen to tracks or watch videos while chatting with other fans or enthusiasts. Listeners can also vote on what song they want to hear next from a present playlist streamed from Youtube or VEVO. Not sure if it’s quite my cup of tea, but for fanatical music fans it could serve as the contemporary record shop forum.

It would seem that feminine hygiene is no longer a taboo subject. Following the footsteps of Bodyform (who last year hilariously exposed the myths of their ‘misleading’ advertising over the years), Mooncup is attempting to convert us females from ‘Team Tampon’. The ad created by The 7th Chamber shows a rap battle in a public bathroom between girls on either side of the debate. The eco friendly product has certainly caught my attention…in terms of a clever campaign taking a bold humourous approach to address feminine hygiene.

Well if any of our foreign friends were thinking of coming to see Britain, they might want to think again after seeing these posters. Grey skies, heavy restrictions and rubbish dumps make up the eighteen posters submitted by the public to the Guardian and wow what a wakeup call it is. I think my favourite has to be the one which pictures the prime minister, the chancellor and the education secretary and has the question at the bottom- are you absolutely sure about this.? Just genius.