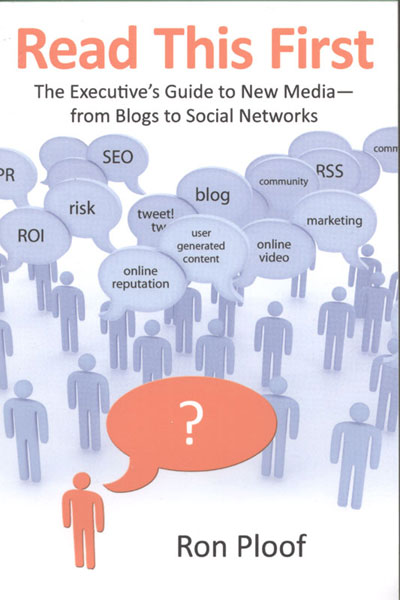 Ever heard the story about the guy who casually commented on Twitter when his cable TV signal was playing up during a big sports game?

It wasn’t that the signal was lost – just that a really annoying line ran across the top of the screen and was one of those nigglesome distractions for the viewer.

Within a couple of minutes the cable company had responded, suggested a couple of likely causes and promised to fix the problem the next day.

Sure enough, less than 24 hours later an engineer arrived at the home of the Twitter user and the problem was resolved.

A potentially unhappy customer was turned into a truly delighted brand ambassador who couldn’t wait to tell his network about the fantastic service he’d received.

In this case that network was huge, because the Twitterer in question was the influential US marketer, blogger and podcaster C.C. Chapman, whose Twitter network alone boasts almost 20,000 followers.

You can read and listen to his full story about his experience with cable providers, Comcast, at his Managing The Gray site (and a hat tip to Ron Ploof, whose excellent book, Read This First was where I first heard this story).

I recently listened to an episode of the Social Media Podcast from Glasgow’s Podcast Matters team.

It included an interview with Entrepreneurial Exchange member Scott Allison who had visited the Las Vegas HQ of dot com darlings, Zappos (whose catchphrase is, powered by service).

Chat centred on how Zappos encourages ALL of its  staff to be customer service advisers, whether in person, via Twitter or through other channels.

That’s everyone from the corporate lawyers to the cleaners. Every single new employee, irrespective of salary or status, spends two weeks in the call centre dealing directly with customers.

The result is that any customer queries or moans can be dealt with effectively by anyone in the organisation – customers get an immediate and sympathetic hearing from people who really want to help.

These two stories from Zappos and Comcast are profound for all of us in business because it shows customer service has become an increasingly important, real time reputational issue.

Channels like Twitter and Facebook are not only blurring the distinctions between customer service and public relations, they are also showing the shift in customer expectation that their problems, issues or complaints should be dealt with now.

The same demand for immediacy might not yet fully taken root here in Scotland and the UK, but it is coming. Anyone who thinks the genie of instant customer service can be rebottled is kidding themselves.

There is a serious point here and it is this: businesses with ropey products and disdain for their customer are having increasingly fewer places to hide. They are getting called out.

Most businesses actually care about the quality of what they do and care about what their customers think. Social media channels give unprecedented reach to listen to what those customers are saying.

Instead of being afraid of what those customers say, think again of the case of C.C. Chapman and his cable telly problems.

How much better could your business be if it constantly listened to the feedback of customers and was able to spot problems and rectify them when they were still small?

Holyrood PR can help businesses and their staff get to grips with these new tools and the many advantages they can bring, by helping integrate public relations and social media.

If you’d be interested in finding out more about our practical and profitable advice on using social media, contact us on [email protected].