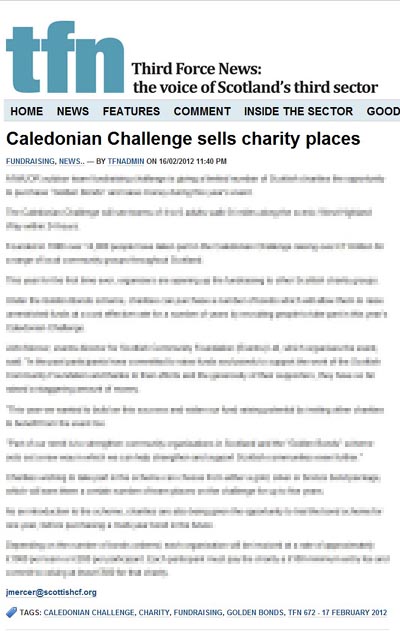 Scottish charities are invited to take part in this years fundraising event which sees teams walk the 54 miles along the West Highland Way. The bonds enable participating charities to raise vital funds for their own charities whilst supporting the Scottish Community Foundation.

“Part of our remit is to strengthen community organisations in Scotland and the ‘Golden Bonds’ scheme sets out a new way in which we can strengthen and support Scottish communities even further”.

The full article can be viewed on the Third Force News website as was secured as part of a PR campaign by the Holyrood PR.