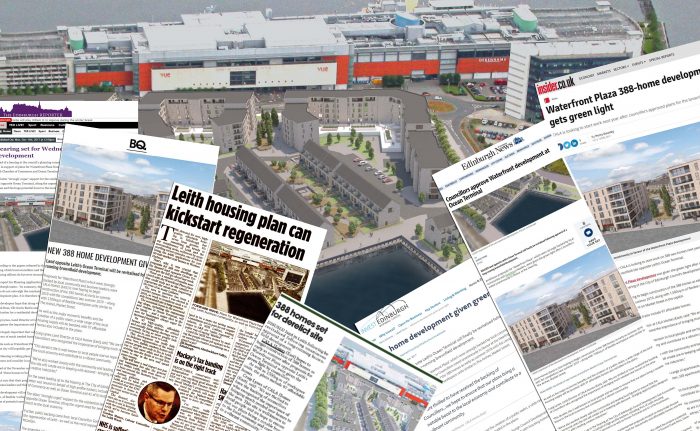 CALA Homes’ development of 388 homes plus a “start-up community” at Waterfront Plaza is set to completely transform disused land opposite Ocean Terminal – after it was given the green light recently.

Our story, announcing the unanimous approval for the site – that was initially recommended for refusal – detailed some of the huge positives that could result from the decision and in revealing the outcome scored further positive coverage.

As well as including positive quotes from influential backers, including local councillors, we were able to generate the below highlights following the great news for our client:

Our story reached a crucial audience for CALA, ensuring thousands of the capital’s residents – and the most likely buyers – are well informed.

Increasing publicity in business and trade press will also help the business with its reputation among suppliers and fellow businesses.

Looking to speak to experts in media relations?