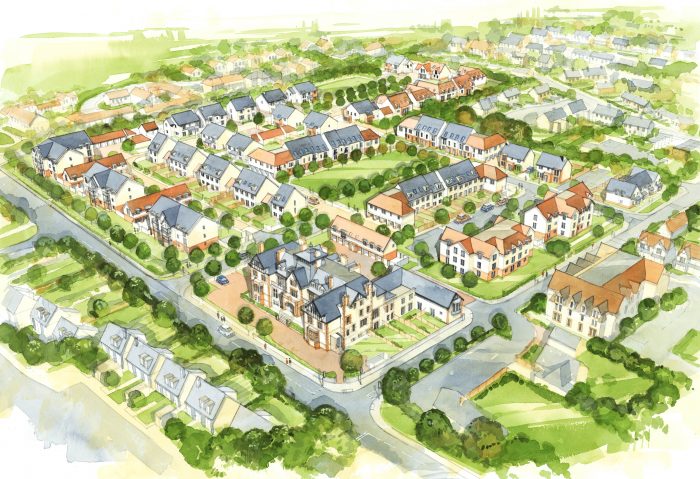 EAGERLY awaited proposals for the development of Gullane’s historic Scottish Fire and Rescue Service College are to be submitted to East Lothian Council by a renowned housing developer.

The site, which has remained unused since operations were moved to Cambuslang in 2013, will be redeveloped into 125 homes, in line with the planning permission approved by East Lothian Council in April 2016.

CALA Homes will redevelop the brownfield site, which will include 31 affordable homes, the refurbishment of Henderson House, and a wide range of apartments, mews, terraced units and semi/detached housing.

Craig Lynes, Land Director at CALA Homes, said: “Brownfield sites, such as this, play an important part in CALA’s plans for development across Scotland, and help to meet the housing targets set by the Scottish Government.

“The former Fire College is a unique site, offering an excellent opportunity to create a quality environment comprising a range of homes to suit a variety of needs.

“Central to the detailed plans is the sensitive conversion of the landmark ‘Henderson House’ into a range of apartments of varying sizes.

“This will be complemented with a mix of new build apartments, mews, terraced and semi/detached housing – tailored in response to the site’s approved masterplan.”

The proposals will meet all parts of the local housing market, from 1, 2 and 3 bedroom apartments, to 3, 4 & 5 bedroom homes.  It also includes the much-needed delivery of affordable housing within the village, including terraced units and a range of apartments.

CALA is also set to make substantial monetary contributions for the improvement and expansion of education and other public facilities in the village.

A total £1,843,000 will be given to East Lothian Council to spend on local schooling, with further funds going towards recreation and play equipment.

Gullane Pre-School, Gullane Primary and North Berwick High School are the schools set to benefit from monetary contributions from CALA.

With the benefit of a Minded to Grant Planning Permission in Principle (PPP), CALA will hold a public exhibition on Tuesday, November 29 on site, within Henderson House between 4.30pm – 8pm, to allow interested parties to review and consider the proposals.

Mr Lynes concluded: “Subject to detailed and technical consents, CALA is committed to prioritising and commencing the redevelopment of the Fire College site early next year.”

Your business could benefit from the work of this PR Agency in Scotland.