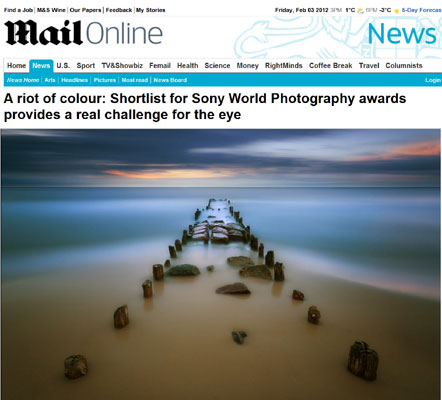 Want more eye popping material from the Holyrood team! Get on our Facebook and Twitter pages for more finger pointing links.

The name says it all, even if you are not a big photography fan you can’t help but be amazed at these images which are entries for this years Sony World Photorgraphy awards. From a smartly-dressed man on the London underground, to dragonflies and a surfer riding a wave at sunset, these are the stunning images all vying for top spot in the world’s top photography competition.
The collection of pictures on this year’s list features everything from historic moments and spectacular landscapes to everyday portraits and detailed close-ups.
http://www.dailymail.co.uk/news/article-2095791/Sony-World-Photography-awards-shortlist-2012-provides-real-challenge-eye.html

Spain’s Benicassim festival not quite exotic enough this year? Get yourself over to Japan for a festival with a difference-although the musical content might not quite match up.
Japan’s Penis and Vagina Festival is actually an ancient annual event dating back more than 1,500 which was believed to promote a successful harvest and promote many babies. In a country with the world’s lowest birth rates and government schemes offering a monthly stipend of $280 per child, the festival seems more important than ever.
There are several of these festivals throughout Japan, but the most renowned takes place every March 15th at Komaki City’s Tagata Shrine. Spectators can stand back and watch teams of men spinning a giant 2 X 6.5 feet phallus around.
And there’s souvenirs a-plenty.
http://www.weirdasianews.com/2012/02/02/japans-celebration-spring-penis-vagina-festivals/

An artistic duo has found a rather unusual but very creative way of recycling their rubbish, by making shadow puppets – well kind of. What may look like piles of rubbish with no shape or interest are transformed into clever sculptures when light is shone on them a rather life like image is projected in the shadow. The effects are pretty spectacular and its mind boggling to think how they got the effects as spot on as they did with the ‘rubbish’ materials they had!
http://www.dailymail.co.uk/news/article-2095624/Incredible-shadow-art-created-just-JUNK.html

A graphic designer in America really likes to take his work home with him. Adam Ladd from Cincinnati sat down with his daughter and played a new game with her-name that logo. This video shows the logos that she was shown and we hear what his five year old daughter think they are. She is extremely cute when she describes the Monster logo as little worms. I personally thought it looked more like sea horses. She had no trouble in recognising McDonalds and Starbucks- the two main staples of the American diet.
http://newsfeed.time.com/2012/01/31/a-5-year-old-girls-insight-on-popular-logos/?utm_source=twitterfeed&utm_medium=twitter

On a remote Swedish farm, there lives a very talented (and extremely cute) rabbit called Champis.
He has the ability to herd sheep, and very well according to the video that has gone viral on YouTube.
Champis has honed his skills by watching the farm’s two resident sheepdogs, ‘Gimme’ and ‘Fame’ (and not by watching repeats of Babe the sheep-pig…)
That’ll do bunny, that’ll do…
http://www.youtube.com/watch?feature=player_embedded&v=qeuL5IGimCQ#!