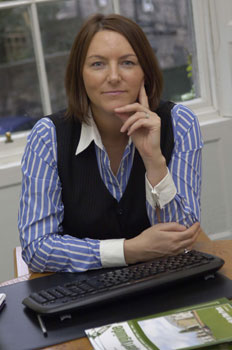 Rent level falls in Edinburgh are beginning to slow down as fewer properties are being put up for let, according to the city’s leading property management firm.

Braemore Property Management says that rent price drops in the Capital have flattened out in the past month thanks to high demand among tenants and a lower volume of available properties on the rental market.

The firm has recorded an average rent fall for re-let properties of just £27 in June, compared to a figure of around £50 recorded in April and May. Although the statistics show that average rents are continuing to fall in Edinburgh, the firm says that demand in the city is remaining strong – which has caused rent levels to actually rise in some high quality areas.

The statistics have been gathered from properties re-let to tenants by the firm – which has a portfolio of more than 850 properties across the Capital – between April and June 2009.

The data shows that in April, the average rent fall for re-let properties across the city was £57. The most affected properties during this month were two bed flats, which fell by £72 to an average rent price of £597.

June witnessed more moderate rent falls – with average rents dropping by just £27 over the first three weeks of the month.

Colette Murphy, director at Braemore Property Management, said: “There is still a lot of demand for rented accommodation in Edinburgh and many tenants are happy to pay a good price to rent a property in a desirable area. We are still carrying out a high number of viewings, so it is a relatively good time for the rental market.

“Many people are still choosing not to buy a home in the current economic climate and, instead, want to rent – either as a lifestyle choice or in order to save up enough money to use as a deposit on a home when the housing market improves.”

The rent trends in Edinburgh have also been highlighted in the latest quarterly report from lettings portal Citylets. The report showed that average rents in the city have dropped to £716, compared to £749 during the same period last year.

The Citylets stats also showed that rents for one bed flats in the city fell 5.1% to £503, compared with last year, while two-bed flats fell by 4.7% to £645  However, new-build flats in the Leith waterfront recorded the biggest falls – down 10% compared to the same period in 2008.

Colette adds that although rents began falling across the city at the start of the year, when the market was swelled by a rising number of reluctant landlords putting their properties up for let, in recent weeks this oversupply has diminished.

She said that many tenants in the city were still willing to pay a good price for one and two-bed flats and rent falls had flattened out due to fewer of these properties coming onto the market.

She said: “The situation has calmed down quite a bit over the past few months. Fewer reluctant landlords are coming in and demand for properties is still high, so rented accommodation is still a good investment to make.

“There is still a lot of demand for one and two bedroom flats and we’re finding that larger properties such as family and student homes are still achieving high rents. As long as a property is in a good, desirable location we find that it will prove popular with tenants and will achieve a good rent as a result.

“Of course, becoming a buy-to-let landlord is not an easy option in the current economic climate, as you need to have a very sizeable deposit to put down on a property. However, if you are a cash-rich investor, rented accommodation is still an attractive option and is likely to be more profitable in the long run than the stock market or a savings account.”