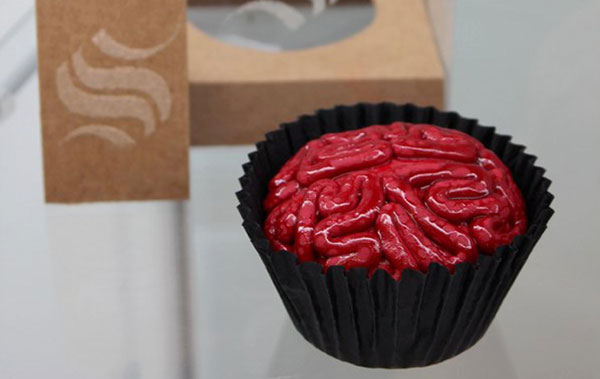 NOTHING BUT A BLOOD SUCKING PARASITE (Scott)

In fact, some of these horrendous parasite do far worse things to their hosts than simply sucking their blood. From the creepy crawly that replaces fish tongues, to the crab castrating barnacle all the way through to the ant zombie maker and the mouse suicide bug. Bizarre, creepy and stomach churning. Still, bet you can’t help but read all the way through.

Sometimes the stupidity of others leaves me speechless – and that’s coming from someone who never leaves the house 100% sure the straightners have been turned off. I’m not talking about the kind of common stupidity that leads to misplaced wallets or forgetting to pick up bread – when the whole reason for a trip to the shops was to facilitate a sandwich – I am rather referring to the type of stupidity that makes you wonder how an individual has existed for the length of time required for them to be that stupid. The act that has encouraged this rant is one carried out by Cameron Jankowski, a Taco Bell employee, who took a picture of himself peeing on an order and then posted the pic to Twitter. Apparently unaware that this pic would be archived, even in the event of his account being closed, Cameron was later forced to claim that the order had not been served to a customer. If this doesn’t make you question human intelligence then I don’t know what will.

It seems Bolt’s victory is still a hot topic throughout the world with big brand Visa even dedicating some advertising space solely to him. Created by Satchi and Satchi the advert shows highlights of his win and his victory doing his signature lightning bolt gesture. The ad is the follow up to the previous one that shows Bolt running to the Olympic stadium for the beginning of the games. I’m sure these ads are doing great things for Visa as everyone wants a piece of Bolt at the moment.

When the red mist descends, it’s often a smart idea to count to ten and take a deep breath before you unleash the fire within, or you may say or do something you later regret.
Two German entrepreneurs have developed a swearing hotline where thick skinned operators will listen to your rantings – in return for €1.49 per minute.
‘Schimpf-Los’, which translates as ‘Swear Away’ will allow you to vent your frustrations, and also give you some helpful suggestions for insults if you are not feeling very creative – what a great service!

JUST HOW MUCH DOES AN OLYMPIC GOLD MEDAL ACTUALLY COST? (Scott)

The answer may surprise you. The ultimate sporting accolades come in at £450 each – or closer to £10m per medal if you break down the investment poured into those sports where Britain has excelled. The enormous leap in medal success for Team GB between 1996 and 2012 is closely aligned with the massive lottery funding injected into certain sports. Meanwhile at least four disciplines have been identifited where a poor country is unlikel to ever win. Swimming for example – since Ethiopia has just one swimming pool for every six million people. A sobering read to bring you down from your Olympic high.