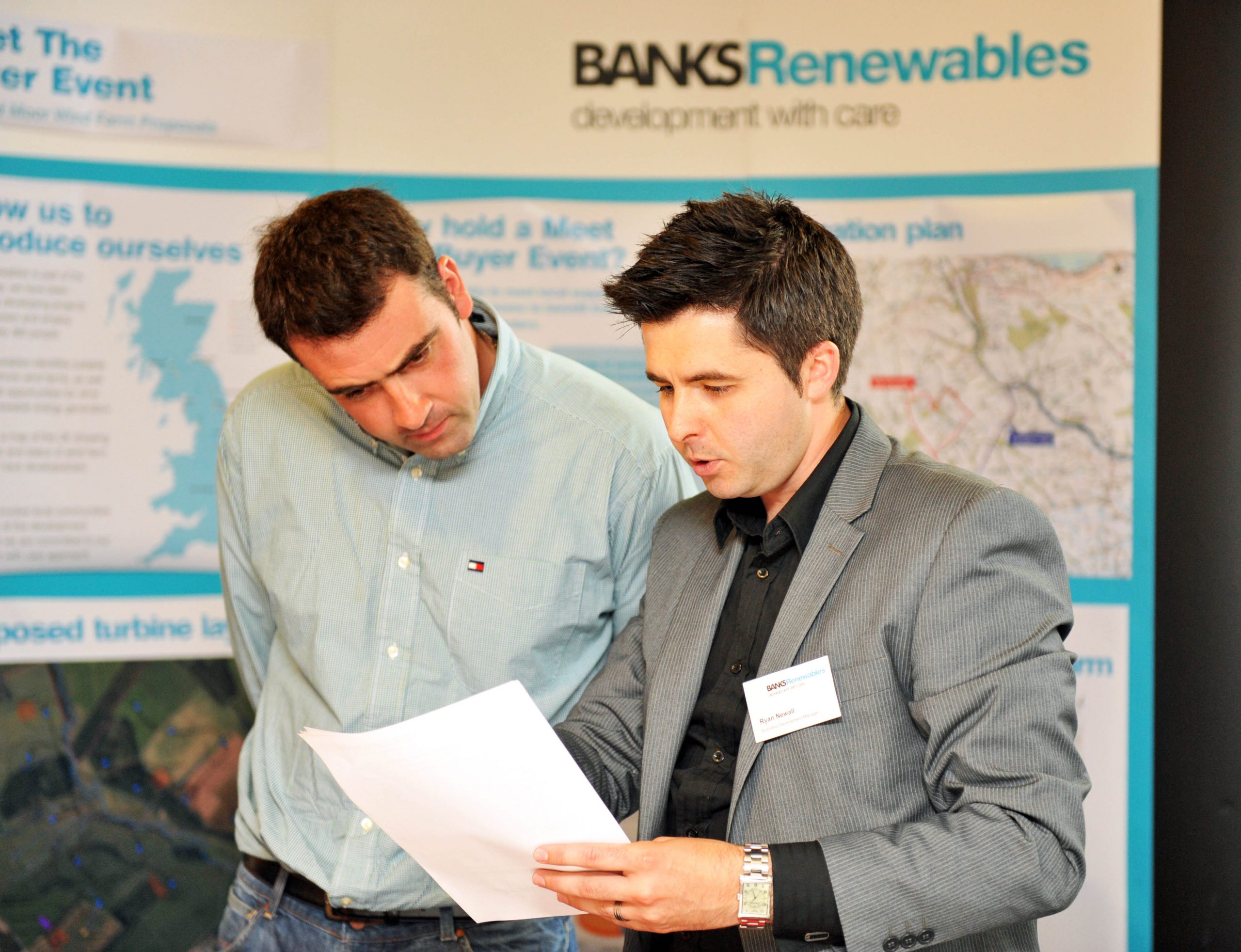 FAMILY-owned Banks Renewables faced an ill-wind when planners in the Scottish Borders announced they would be rejecting a number of proposed wind farms, including the company’s Quixwood Moor development.

We delivered an intensive PR campaign in the run-up to the planning hearing to bolster community support for the wind farm.

The campaign exceeded performance in all areas:

Persuading Scottish Borders Council to ignore the advice of its own officials and approve Quixwood Moor was business critical to Banks Renewables and its other sites across Scotland.

Our successful public relations campaign involved identifying local companies to champion the business benefits of the project, while promoting an innovative apprenticeship scheme to address concerns about lack of jobs and training.

We also highlighted a series of ecological and environmental stories, such as a reforestation plan and protection of a popular walking route. And we identified human interest stories from local groups being supported with generous grants and donations.

Read more about the campaign and the results by downloading the two page PDF case study of our work with Banks Renewables. It provides greater detail on the work we carried out for Banks Renewables to help achieve planning permission for the Quixwood Moor site.

Don’t just take our word for it that the public relations campaign was an amazing success though – the Chartered Institute of Public Relations agreed. In fact the CIPR awarded the campaign two Gold PR awards at the Pride Awards 2013

How can your business benefit from the impressive results delivered by Scotland’s best PR agency?

If you believe your business deserves to have its stories better told or otherwise benefit from public relations campaigns which improves the bottom line, then feel free to connect with us whichever way best suits you.

We’re a chatty bunch and the easiest way to get in touch with us is to phone 0131 561 2244, or take a few moments to fill in the simple form below and we’ll get straight back to you: