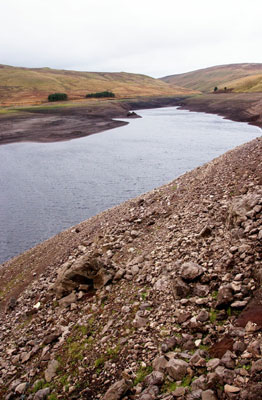 The agency’s founding directors stepped in to support the water giant’s communications team as it managed unprecedented demand for public and media information during the recent big freeze.

Tens of thousands of customers inundated the company with calls after suffering burst or frozen water pipes. During the period Christmas Eve to December 29, Scottish Water’s call centre took 26,000 calls – including 7,000 in a 24 hour period – which was four times the normal level.

Staff voluntarily gave up family holidays and worked round the clock with on-call colleagues in the field and in call centres.

Holyrood PR, which has provided communications support since 2002, joined the effort working as part of a dedicated Incident Team formed at Scottish Water’s HQ in Edinburgh.

Scott Douglas, a founding director of Holyrood PR, said: “Scottish Water is one of our longest-standing and most valued clients. There was no question that we’d respond to an emergency request to step up to help out with crisis communications support.

“The reality is that crises never happen at a convenient time and we relish this kind of work. With a long-term client it can actually be useful to demonstrate there is no hint of complacency or fading commitment.”

Scott and co-Director Raymond Notarangelo started working with Scottish Water soon after it was formed in 2002. In that time they have acquired in-depth knowledge of the sector and the issues it faces.

Raymond added: “All public bodies go through ups and downs, but the sheer numbers of people affected and the demand for constantly updating information set this apart from anything else we have experienced while working with Scottish Water.

“When we came in it was to provide a breather and support for the in-house team. There were  relentless media inquires to handle as well as a need to support Scottish Water’s website, social media and other channels to keep the public informed.

“The effort put in behind the scenes by Scottish Water staff was monumental. However, the scrutiny of the media often ignores this and coverage can seem harsh. So it was important the PR team helped maintain morale by ensuring positive stories came out about the workforce’s commitment to the cause.”

Holyrood PR’s was initially tasked to provide support to Scottish Water press team but that role has now evolved to include strategic advice and full-time 27/4 on-call expertise.

Chris Wallace, Scottish Water’s Director of Communications, said: “The water industry is big, complex and totally vital to every day life, so it is crucial we communicate clearly and well about our work with customers, the media and the people of Scotland in all walks of life.

“The team at Holyrood PR have proved their importance to us in terms of crisis support time after time since Scottish Water was formed. Their recent contribution during the big freeze shows exactly why they are such an invaluable addition to our communication team.”

Holyrood PR also played a key role when it was commissioned to film, edit and produce a series of four advice videos which formed the centrepiece of Scottish Water’s “Warm Pipes” web resource. During the freeze thousands of customers were referred to the online guides on locating a stop valve and how to insulate pipes.

As a result, over a one month period the stop valve video became the most viewed Scottish Water has use, while the four advice guides racked up almost 15,000 views in total.

Scott added: “We’re delighted to have played a role with them because the sheer professionalism of the press office was very impressive to see.  They were put under incredible pressure and they responded in the most professional way possible.”