Hosting an important event? It is vital you follow Commsworld’s lead and get ‘well connected’ to the key media 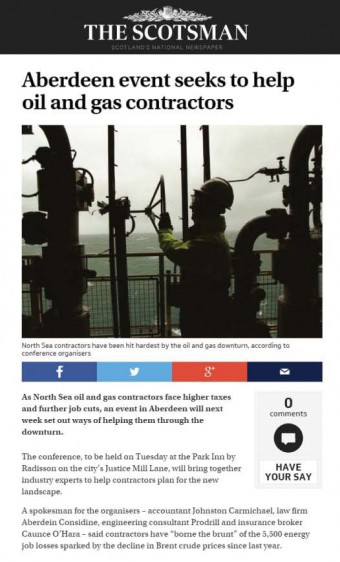 Our client Commsworld has been involved in some transformational projects in both Edinburgh and Aberdeen, helping businesses connect to CityFibre‘s new ultra-fast CORE networks.

This is because the new network has the potential to revolutionise business, with internet speeds around 100 times faster than the UK average.

This is especially relevant in  Aberdeen, with the city experiencing severe economic cutbacks in its primary industry: Oil and Gas, with many firms at a critical point and in real need of efficiency savings and operational improvements.
So when Edinburgh headquartered Commsworld announced that it was to host its first Aberdeen event, featuring speakers from both CityFibre and Brightsolid we were keen to ramp up awareness, targeting key press with a relevant audience – not just those that may be interested in 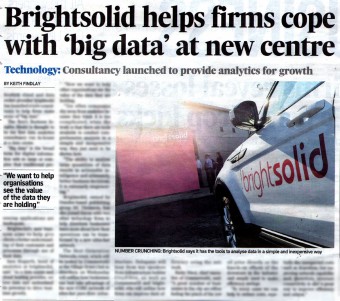 attending the breakfast event, but those that may in time make the call on switching to Commsworld in the future.

News of Commsworld’s event featured in a page lead article in Aberdeen’s foremost newspaper, the Press and Journal and its impressive 60,000 readers. Not only that, the article was repurposed and put up online, exposing it to a large audience outside of its loyal print following.

The Press and Journal has a substantial business audience including thousands of readers which could just include future business for the network and telecommunications firm.

Following that the event got exposure on two of Aberdeen’s foremost Oil and Gas industry publications, Roustabout Energy International and Your Industry News. Both widely trusted publications targeted right to the core of the key industry where

potential new business could come from.

Outside of the Oil and Gas specific sector and the widely respected Aberdeen Business News covered the event, again opening the news up to a new business-centric crowd.

Finally the Scotsman’s excellent new website featured the event as part of a wider round up on the Oil and Gas Sector.

Want to avoid a washout at your next key business event?

Get in touch with our Edinburgh agency and get the key delegates in the room. Call us on 0131 561 2244 or use the handy wee form below: