A Ticket To Ride in Edinburgh Press for Rat Pack 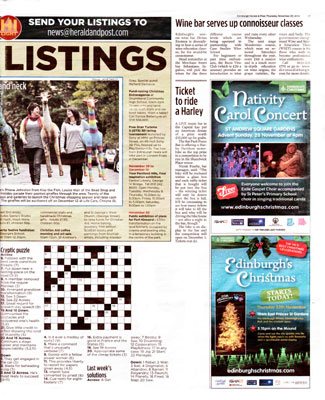 Edinburgh’s Herald and Post wrote an article on the basement bar’s latest promotion for its customers.

Owner Tony Pia installed a Harley Davidson in the Shandwick Place venue as a prize for one lucky winner.

The recently re-opened completely revamped bar has been influenced by the 1950’s music scene – complete with eclectic décor, soft furnishings and charismatic staff to really make it one in a million.

With a reputation for being one of the top live music bars in the city, the new look has failed to disappoint its customers who are impressed with the new layout.

The article can be found in the Edinburgh Herald and Post was the result of a sustained PR in Scotland campaign by the Holyrood PR.

Georgina Continues to Thrive at 105

Comments Off on Georgina Continues to Thrive at 105