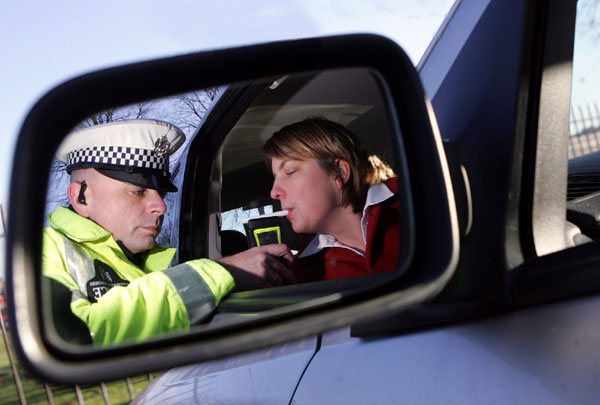 Enjoying our witty banter and wish there was more? Then fear not, merely check out our Facebook and Twitter pages!​

Everyone knows that the Christmas period is one in which people like to have a good few drinks, many of which regret it the next morning. That’s why Coca Cola is running its ‘Designated Driver Initiative’ for the fifth year in a row. By giving out free Coke or Diet Coke at over 8000 pubs in the UK, they are rewarding those that choose be the designated driver for the night. The campaign has had full support from the THINK! Road safety initiative and for a girl that chooses to drink over drive I might just have a free Coke the next time.

The topic of freedom of speech is one I have found myself having cause to consider quite a lot over recent months. More specifically the question of where the line between free speech and hate speech can, or should, be drawn. The uproar surrounding the young man who posted a picture of a burning poppy on Twitter and was arrested as a result, was one of these occasions, and I started to consider how far the right to free speech really reached. In a recent article in the Huffington Post, Tulip Sidiq poses a similar question about the extent of free speech, based on a personal dilemma revolving around speaking on a panel about the role of women and religion.

This led Tulip to pondering the following questions:

– Even if someone is allowed to say something, should I, through engaging with them, help to legitimise views I think damage the community I work hard to protect?

– Is it my role to go and challenge this speaker so that I can articulate my own arguments?

– Or is there a point where I can rightfully draw the line of sharing a platform with someone, who in my mind, advocates violence and hate?

Interesting reading for all, and very relevant given that they say it is during economic depressions that people’s views become more vitriolic and extreme.

Like everyone in the UK I’m really looking forward to my turkey and all the trimmings on Christmas day in a couple of week’s time. However people across the world will be looking forward to their own version of our Christmas dinner. For example in the Czeck Republic they will enjoy fried carp with potato salad and in Mexico they will enjoy tamales. Think I would prefer the latter.

Thought Apple was the pinnacle of all that is true and good? Well, if you are preparing to set off into the Australian outback, you may want to reconsider your point of view. Police in Mildura, Australia, are warning drivers not to reply on the technology giant’s maps, since they say that the Mildura’s location on Apple Maps is incorrect. According to Apple Maps, Mildura appears in the Middle of Murray Sunset Park, roughly 70km away from where it is actually located. So, I hear you say, drivers are set for a little bit of a detour, unfortunate but not life threatening. Well, actually, this misinformation could cost lives. Murray Sunset Park has no water supply and temps there can get as high as 46 degrees Celsius, so misdirected tourists who run out of fuel could be in serious trouble. The Mildura Police have contacted Apple regarding the issue; in the meantime, they advise drivers in that area to “rely on other forms of mapping until this matter is rectified”.

Last week I brought you the story of the Italian bus stops that dispense stress relieving bubble wrap, and now comes the Swedish bus stops that aid sunlight deprived commuters.
The northern Swedish town of Umea only gets a few hours of sunlight during the winter, setting at around 2pm, and so an energy firm has installed light panels in bus stops to help combat Seasonal Affective Disorder (SAD).
Not only do the light boxes help deliver vitamin D to needy Umea residents, they do so using renewable energy sources, however not all residents have welcomed the devices, claiming they dazzle drivers and cyclists.
Those Swedes really are geniuses!