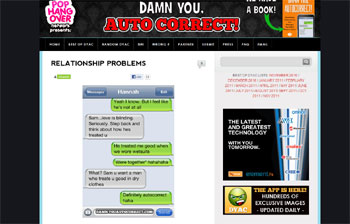 When you think of circuses, your imagination normally produces colourful images representing fun, laughter, surprise and awe. Imagine a circus plagued with violence, gore, affairs and murder! That’s what you get when you watch The Last Circus-a film written and directed by Alex de la Iglesia. Beginning in Spain, 1937, during the brutal Spanish Civil War the film opens dramatically with the capture of a ‘Happy’ clown who is forced to fight by the militia. Still in costume but with a transvestite twist, the clown manages to slaughter an entire platoon. This bizarre and disturbing scenario opens the flood gates to a twisted tale of love, revenge, deceit and complete psychotic madness.

Somehow despite all that I fell asleep over halfway through but check out the trailer.

Have you ever got on a plane alone and dreaded the fact that you may have to sit next to a stranger? As the plane gets busier are you looking for that right person to sit next to you? If you have done these things then this is going to be music to your ears. KLM it has been claimed, are going to be allowing their passengers to choose their in-flight mate before they board. The way it will work is that passengers will be able to link their check in information with Facebook and LinkedIn. Is this taking social networking a bit too far? Read more about the concept here….

This morning I had the best laugh I’ve enjoyed in ages. A pal email a series of hilarious cases where unsuspecting people were embarrassed by the ‘auto corrected’ words inserted in their iPhone text messages. It included mistaken cases which suggested the users were coming out of the closet, admitting to murder or making intimate or explicit announcements.

Which led me to this site. Not quite as laugh out funny as the extreme highlights in the email I received – but funny nonetheless. I won’t ever feel quite so angry at the random errors inserted into text messages by my iPhone.

Taekwondo, the martial art of self defence, high kicks, great agility and strength. Not if you are a toddler. This hilarious video, entitled the most intense taekwondo fight ever, is nothing more than irony. The bout between the two toddlers in Japan shows them trying to throw kicks and punches. You can’t help but laugh at their pathetic attempts and think that the dynamic duo are nothing but cute. Have a watch yourself.  SEUNG! (win)

A woman in New York claims that her family suffered a series of misfortunes as a result of adopting a poodle called Princess who she believes was possessed by a demonic force. In the four months that the family had her, the husband almost died and lost his job, their home became infested with bed bugs and their daughter was almost expelled from school.

Subsequently, she has released a book entitled, Paranormal Pooch and is selling an energy shield to protect against negative energy. What a fruit – has she ever heard of coincidence?