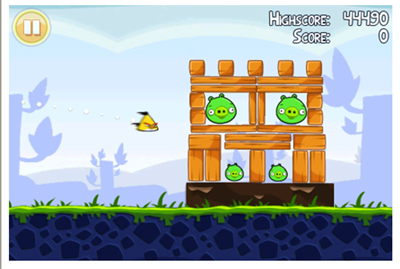 If you want to let us know how awesome today’s offering was, why don’t you tweet us or write on our Facebook wall?

For anyone who has an iPhone or an iPad one of the first things you download or hear about people playing on their smart phones is Angry Birds. The highly addictive game has been downloaded by thousands, and is still one of the most highly rated games on the app store. With their newer version of the game out now entitled ‘Angry Birds Space’ the next thing in the saga for the Angry Birds is their web series they are looking to bring out. No one knows for definite what the show will look like but some believe it will look similar to the ad for the Angry Birds Space game. Have a read here and watch the short clip.

Google+ has as many critics as it does users. Depending on who you listen to, it’s either a credible and useufl alternative to Facebook – or a total waste of space and a social network too far. I don’t use it anywhere as much as I should, because I firmly believe it is going to become an essential part of our online experience. These latest steps by the search giants – to make Google more beautiful – are the incentive I need to start giving Google+ a lot more TLC. You might want to do the same.

Stephen Fry and Sarah Brown are just two of the big names to have taken part in a competition to help school pupils improve their IT and ethical skills.  The competition which was organised by Edinburgh Uni as a part of Edinburgh’s International Science Festival was a great chance for young people in Scotland to brush up and learn the do’s and don’ts of twitter. The event was set to mark the 100th birthday of Bletchley Park code breaker Alan Turing and pupil’s had to guess whether tweets had been written by celebs, teachers or had been generated by a computer. The funny thing is the pupils guessed around 40% of Stephen Fry’s tweets were written by a chatbot – a computerised programme.

Came across this unbelievably cute story on one of my friends Facebook pages this morning about a hamster who found himself stuck to his cage after accidentally swallowing a magnet. The owners of four month old Smurf came home during the Easter break to find the furr ball attached to the bars of his cage and after gently removing him realised he had swallowed a magnet off the bottom of one of his owner’s spiderman toys. Alls well that ends well though as Smurf is now recovering well at home and is almost back to his loopy self!

It is a well known fact that the Daily Mail publish some totally ridiculous headlines. And almost every day they run a story claiming that something causes cancer, something is ripping off the middle classes, taxpayers money is being wasted etc etc. I came across this random headline generator called the Daily Mail-o’matic which gives you a new headline every time you click the button, and they sound scarily familiar! The first time I did it I got, “Could Foxes Kill Hard Working Families?” followed by “Could Gypsies Infect Britain’s Swans With Aids?”. Have a go yourself: