A version of this article first appeared on the All Media Scotland website on June 7, 2013

Of course, The Scotsman isn’t calling it ‘native advertising’. Nor is it launching an exercise in ‘brand journalism’ or even dabbling in ‘sponsored stories’.

Nope. In launching a new section to be filled directly by charities, societies and professional bodies and the like, the paper’s editor, Ian Stewart has anointed it as ‘a new editorial section’. Organisations prepared to pay for the privilege of seeing their messages carried word for word by Scotland’s most august newspaper name will be called, Friends of The Scotsman.

On both counts the clever wording amounts to a fig leaf and I’d also suggest that everyone in the media knows it.

As the country’s first heavyweight, mainstream media title to plunge into native advertising in a major way, you can’t blame The Scotsman for tiptoeing round the issue by trying to give the exercise the worthiest of veneers.

Either way, I hope it is a resounding success. In simple terms native advertising is a great opportunity for all concerned, with marketers and brands getting in front of the customers they crave, while news outlets get a much-needed new income source which just might safeguard independent journalism.

As a PR guy, there are two things that really interest me about all of this.

Firstly, how well will PR people in the world of academia, science and the arts rise to this gilt-edged opportunity? The rest of Scottish PR will be holding its breath hoping they absolutely boot it out of the park (no pressure, mind).

Secondly, if they do achieve the holy grail of sponsored content that really works for the brand, the news title and the readers, then how long before The Scotsman relaxes its rules and allows big business and commerce to join the party?

On the first issue only time will tell. For those involved in PR in universities, the arts, science or the Third Sector, the scale of the opportunity is mouth watering. Savvy, proactive and journalistically focused PRs could make hay with a platform for all of those issues which have previously been widely ignored.

The catch is that they’ve probably been widely ignored for a reason. Force feeding Scotsman readers with content that’s not previously been deemed good or interesting enough would serve no-one. Making those stories accessible, interesting, relevant and useful to a mainstream audience is going to take loads of creativity, effort and resource.

With particular focus on ‘resource’ I don’t know if it is good or bad the native advertising baton in Scotland is being passed to those working in the narrow confines of a few specialist niches.

Contrast that with the situation in the land of opportunity, where the biggest PR names in the US are mustering all the clout and dynamism expected of blue chip names expected to keep Wall Street happy.

Fleishman Hillard has reinvented itself and last year placed $1.2 billion worth of ads, compared with $250 million in 2011. Meanwhile, Richard Edelman has performed a complete volte face on his previous hard line stance that PR companies should have nothing to do with advertising. A name more familiar in Scotland – Weber Shandwick – has established a dedicated unit to explore native advertising.

It’s also worth looking to the US for credible news outlets testing native advertising. The Washington Post offers its BrandConnect programme, while Forbes has its BrandVoice offering, which puts advertising on an equal footing with editorial. Big name clients happy to stump up for the 21st century versions of advertorials include SAP and Porsche.

All of which gives an indication of the cash sloshing about begging to be spent. Ultimately it doesn’t matter whether The Scotsman just appears squeamish about taking that dosh, or if it genuinely is sniffy about being paid to lower the traditional walls between editorial and advertising. The fact is that money talks – and The Scotsman simply doesn’t have very much in the way of foldable.

Which brings me rather neatly to that second point: how long before The Scotsman abandons its high-minded principles on who can and can’t join the Friends programme? Back of the fag packet maths and finger in the air guesstimates are all I can offer.

With four pages a day, six days a week,  The Hootsman will have 1248 pages a year for its Friends to fill If that requires up  to 10 articles per day, then we’d be looking at 3120 articles per year. Ian Stewart has already stated that Friends will pay around £300 a year for the right to submit six articles every 12 months

By my reckoning that means The Scotsman is aiming for somewhere around 520 Friends of the Scotsman subscribers. Unfortunately that would generate the newspaper a fairly meagre additional annual income of just £156,000.

Native Scotsmen are renowned for being prudent and careful with cash. Which leads me to confidently predict that if the Friends scheme is still around this time next year, it will be wide open to business. 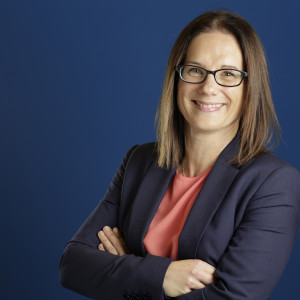